Just as its name implies, a Cotswold house hotel was a residential home for a family that was then converted into a commercial hotel for travellers. 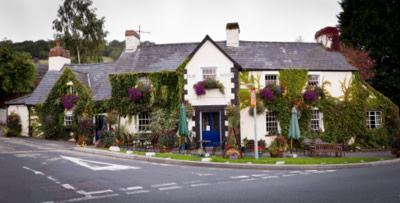 It is a favourite accommodation for travellers who are willing to shell out a few pounds more than the typical bed-and-breakfast for the comforts of home in a hotel.

Preservation as a Motive

We must point out that, in the Cotswold, the regulations on constructing new buildings are stringent because the local governments want to preserve the spectacular countryside landscapes, ancient castles and historical buildings of England’s Area of Outstanding Natural Beauty. Thus, many centuries-old homes are converted into modern hotels to provide accommodations to the millions of tourists streaming into the area.

The number of rooms in a house hotel can vary from 2 to 12 depending on the original area of the house. Owners strive to preserve the original structure, appearance and atmosphere of the house while outfitting it with appropriate modern facilities and amenities. The result is a blend of the best of two worlds, namely, English country living and English modern lifestyle.

Who can resist such an alluring combination? None, as any visitor to a Cotswold house hotel can attest to.

We suggest the following house hotels for their reasonable rates coupled with comfortable accommodations, friendly service and proximity to areas of attraction:

A stunning Cotswolds House Hotel is a Jacobean mansion in Bibury - the house dates back to the 16th century and is set in 6 acres of rolling Cotswolds. The river Coln runs through the grounds and is an easy stroll to the centre of Bibury village.

An ideal location to explore Cirencester and Cheltenham.

Dial House Hotel dates back to 1698 but has been tastefully refurbished into a comfortable Cotswolds House Hotel.

Set in idyllic surroundings it has won awards for exemplary service and delicious food.

A lovely house hotel to relax in after a day spent exploring Bourton-on-the-water and the surrounding villages-all enticing.

No matter which Cotswolds house hotel you choose, you are assured of the comforts of a second home coupled with the efficiency of a world-class hotel. Now, that’s we call travelling in style!

Get Your Copy Today!

Book here with Viator Tours and enjoy the picturesque Cotswolds.
https://www.partner.viator.com/widgets/custom.jspa
11126
en
0
1
Viator Tours to the Cotswolds
200
false
true
custom
1010_2452T12
______________________This book is very entertaining and gives one rare insights in Cotswolds Towns and villages. ______________________ COMBINED HOTELS searches multiple Hotel reservations websites simultaneously to help you find the lowest rate instantly-on any Hotel.Type in Cotswolds Hotels and all the Hotels,B&B's,self catering cottages and Hostel accomodation will be listed-at the best price.You can then make your reservation here-secure,safe and hassle free.

______________________ We all have our favourite gadgets when travelling-mine is the Kindle;it is light and stores hundreds of books-handy for those long flights.